First to Respond, Last to Seek Help!
First Responders become accustomed to exposure to acute trauma that eventually results in physical, mental and emotional exhaustion of the body and mind. In response to the high intensity of the job and the accumulation of traumatic stress injuries, concentration, judgment, sleep, and even relationships are negatively affected. Over time, alcohol or other substances often becomes a means of coping, leaving first responders at risk for developing an alcohol misuse issue along with mental health issues like post-traumatic stress injuries (PTSI), depression, or anxiety. Dr. Stephen Odom presents an in-depth presentation that examines causes, signs and symptoms of post-traumatic stress injuries, how it affects law enforcement and their families. We will explore what can be done to heal, prevent further damage, and create a new “Brain Health” culture in which prevention and resiliency are trained into from the beginning of a career.

Dr. Odom’s focus on First Responder Wellness was born of his family’s career backgrounds with the military, healthcare, and public safety, and was honed as he created and led specialty treatment programs for physicians, nurses, first responders and their families. He founded and leads a First Responder only behavioral health and addiction treatment program in California. He possesses an educational background in organizational behavior, clinical psychology and healthcare administration. This valuable combination allows him to integrate current research knowledge, clinical and administrative practice understanding, and practical, directly relevant experience. Dr. Odom has been coined as a wellness and behavioral health expert with peer-reviewed articles published on Mental Health and Substance Abuse Parity and the Electronic Health Record; has appeared on The Today Show; the 2016 documentary film California High, and multiple print, radio, and podcast media channels.

Duty to Intercede
Over the last year the concept of the duty to intercede (also known as duty to intervene) has acquired greater prominence among law enforcement leaders, the media and advocacy groups. Although the duty to intercede has been legally required for decades, in many law enforcement agencies it has been misunderstood and, in some cases, completely ignored, without even a glancing reference in policy. It is, however, of critical importance for leaders and members to embrace and build this doctrine into their organizational culture The duty to intercede is often viewed in isolation as merely a legal requirement that obliges one officer to prevent or report another officer’s use of excessive force. Failure to adhere to this duty can lead to civil liability for the agency and the officer, in addition to possible criminal charges. But leaders should embrace the legal requirement more expansively and integrate it with the five pillars root cause analysis. In other words, what created the need for intervention? And if an officer failed to intercede when they should have, why didn’t they act? To view the duty as something to be used only in the moment—when an officer is actively using what appears to be excessive force—is to ignore the root cause of why or how the officer ended up in that position. Was the organizational culture lacking to prevent or stop the behavior? Did supervisors fail to recognize and identify those officers who were potential problems “lying in wait?” Did the agency’s training program and disciplinary system fail to prepare officers and correct those who need correction?

MIKE RANALLI, ESQ., is a Program Manager II for Lexipol. He retired in 2016 after 10 years as chief of the Glenville (N.Y.) Police Department. He began his career in 1984 with the Colonie (N.Y.) Police Department and held the ranks of patrol officer, sergeant, detective sergeant and lieutenant. Mike is also an attorney and is a frequent presenter on various legal issues including search and seizure, use of force, legal aspects of interrogations and confessions, wrongful convictions, and civil liability. He is a consultant and instructor on police legal issues to the New York State Division of Criminal Justice Services, and has taught officers around New York State for the last 15 years in that capacity. Mike is also a past president of the New York State Association of Chiefs of Police, a member of the IACP Professional Standards, Image & Ethics Committee, and the former Chairman of the New York State Police Law Enforcement Accreditation Council. He is a graduate of the 2009 F.B.I.-Mid-Atlantic Law Enforcement Executive Development Seminar and is a Certified Force Science Analyst.

Strategies for Stress Management
Robert Navarez spent 32 years in law enforcement with the Fresno Police Department. During his career, he created the Employee Intervention Program after losing his mentor and former sergeant to suicide in 2000, and facilitated the department’s Peer Support Groups. He has spoken at dozens of law enforcement trainings and wellness seminars assisting our profession with identifying stress symptoms and causes of unhealthy stress, leaving attendees with strategies on how to navigate through the challenges. Robert continued his outreach for wellness as he presented in front of hundreds of psychologists learning to treat first responders. Robert was hired as the Chief of Police for the Delano Police Department in 2018 and continued advocating for the mental health and wellness of those he led. During his time as chief he earned the US Department of Justice “Community Policing in Action” award, among being recognized for his work in community engagement and crime reduction. Before his retirement, he teamed up with a US Senator, creating a podcast ‘Shining a Light on Mental Health’. Robert has continued to serve our law enforcement community by organizing stress Management workshops, and has recently taken the position of Police De-escalation Training Coordinator with the University of Nevada, Las Vegas.

Science of Fear
By examining the role of individual and systemic fear, peace officers can understand its impact on decision making and choose intentional responses which can better serve a peaceful resolution to the situations they are presented with. Our training has two complimentary tracks that happen in parallel to support our approach: learning and unlearning.

Guryan Tighe is a fear technician and the Founder of FOURAGE. Tighe is an experienced executive coach, workshop leader and communications strategist with a demonstrated history working in a multitude of environments. She’s dedicated to helping people shift their relationship with fears to one of allyship.

Michael Blasi is a co-founder and chief operating officer for Three Trees Enterprises. He had a combined total of 28 years of military and public service when he retired from public safety 2020. He intends to leverage his own real world successes and failures to facilitate positive change and healing opportunities for his students.

Human Errors in Policing
Paul Taylor is an Assistant Professor in the School of Public Affairs at the University of Colorado Denver where he studies decision-making, human factors, and system safety in the context of police interactions with the public. He has over ten years of practical law enforcement experience including time as a department training manager, patrol sergeant, and use-of-force instructor. Paul has delivered law enforcement related instruction for academy, field training, and advanced in-service audiences as well as graduate and undergraduate level courses. Paul is actively engaged in law enforcement research and training across the United States and internationally.

Change Blindness during an Officer Involved Moving Vehicle Shooting
The perceptual phenomenon of “change blindness” has been widely acknowledged in the scientific literature. In addition to laboratory-based examples, real-life examples appear in the literature. This case study reviews the fatal shooting by a sheriff’s deputy of a woman who suddenly started backing a car in the general direction of other officers as other deputies were attempting to extract her from the car. The subject deputy initiated his response – which involved trying to holster his TASER – prior to initiating his draw-and-fire response. By the time the officer fired started firing, the woman was driving the car forward and not toward anyone. The shooting was recorded on an in-car-camera (ICC) video and the prosecutor charged the deputy with a single count of voluntary manslaughter. During his interview, the deputy was adamant that he perceived the car to still be backing as he was firing. The facts of this incident are compared to the widely recognized characteristics of change blindness in exploring whether that perceptual phenomenon may have been at play in this case. Additionally, perception-reaction-time issues and the unique forensic-video challenges in this incident are examined, with the criminal trial ultimately yielding a not-guilty verdict.

Jeff Martin currently serves as a consultant, expert witness, and instructor. He is a retired sergeant from the San Jose, California Police Department and a former attorney with the Berry Wilkinson Law Group, where he represented officers in administrative matters. He currently teaches force law and human factors in the California POST Institute for Criminal Investigations course on Officer-involved Shooting Investigations.

360 Degree Awareness – Close Quarter Defense
Jeff Johnsgaard is a Canadian Police Officer in his 19th year, currently assigned as a Detective Sergeant. He is a trainer for his agency and their police academy; Jeff is a Nationally Certified Instructor under IADLEST a Certified Force Science Advanced Specialist and the Canadian Director for the Reality Based Training Association. Jeff has written articles for several LE publications including two articles for ILEETA in 2021 and taught at the ILET and IALEFI conferences. Jeff trains decision making, use of force, the unique 360 degree CQD method for vehicle anti-ambush and courses on “Optimal Learning” internationally with his company Natural Tactical.

Worker’s Compensation – Strategies & Critical Updates – What every officer needs to know
This training session will outline important strategies for Police Officers entering the worker’s compensation system. The training will also provide critical updates on specific issues including PTSD, the Presumptions, The ADR- Alternative Dispute Resolution Programs, Return to Work, 4850 benefits, the delays, and solutions in getting medical treatment, civil litigation, workers’ comp fraud, and PERS Retirement. The training session is vital for police officers who walk the toughest beat and face the likelihood of experiencing an on-the-job injury.

John A. Ferrone is a partner of Adams, Ferrone & Ferrone and has been practicing law for nearly three decades. John specializes in the areas of workers’ compensation, employment litigation, retirement, and internal affairs investigations. His successful track record in these areas has brought a fresh and creative perspective to public safety. John is a skilled negotiator and has represented labor unions at the bargaining table in workers’ compensation matters. John has had extensive litigation experience in administrative hearings and has successfully argued before the Courts of Appeal and the California Supreme Court. 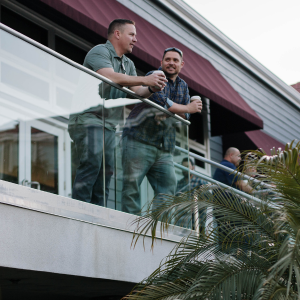 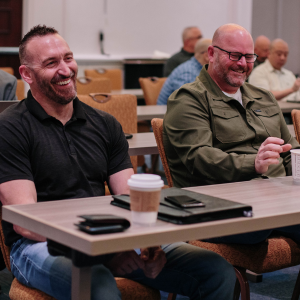 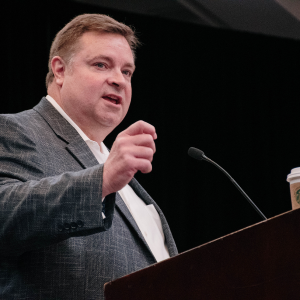 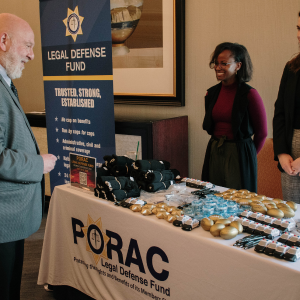 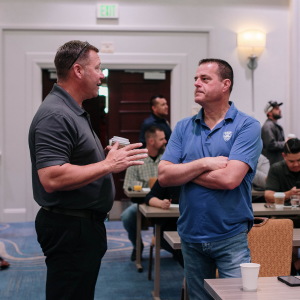 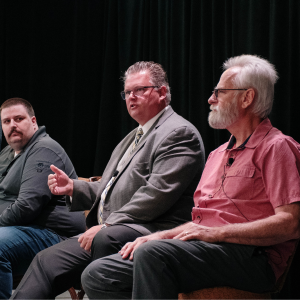 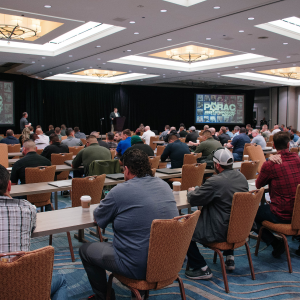 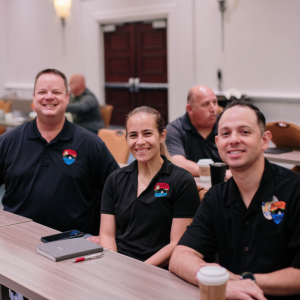