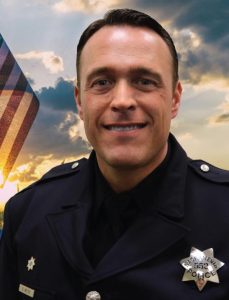 From the bottom up, I absorbed the proud culture and traditions of a municipal police agency. I answered phones, sorted mail, and eventually became a Community Service Officer.  In March 1998, after the academy, I became a police officer.

As a police officer, I’ve worked graveyard on patrol, on a motor in the traffic section, on a bicycle, and at the Regional Community Policing Institute.  Determined to improve communications between my fellow officers and department management, I became active on the Sacramento POA Board in 2001, serving as Director, Secretary, Vice President and, ultimately, as a full-time release President from 2007-2011.

Since 2013, I’ve been the Vice President of PORAC, with successful re-elections by our membership in 2014 and 2016. As Vice President, I’ve learned a lot by being responsible for recruiting, retention, and our training efforts.  Prior to being elected Vice President, I was the Director At-Large for Sacramento POA to the PORAC Board of Directors, 2010 to 2013.

I’d be honored to have your support. For more information about me and my campaign, visit www.brentmeyer.org.