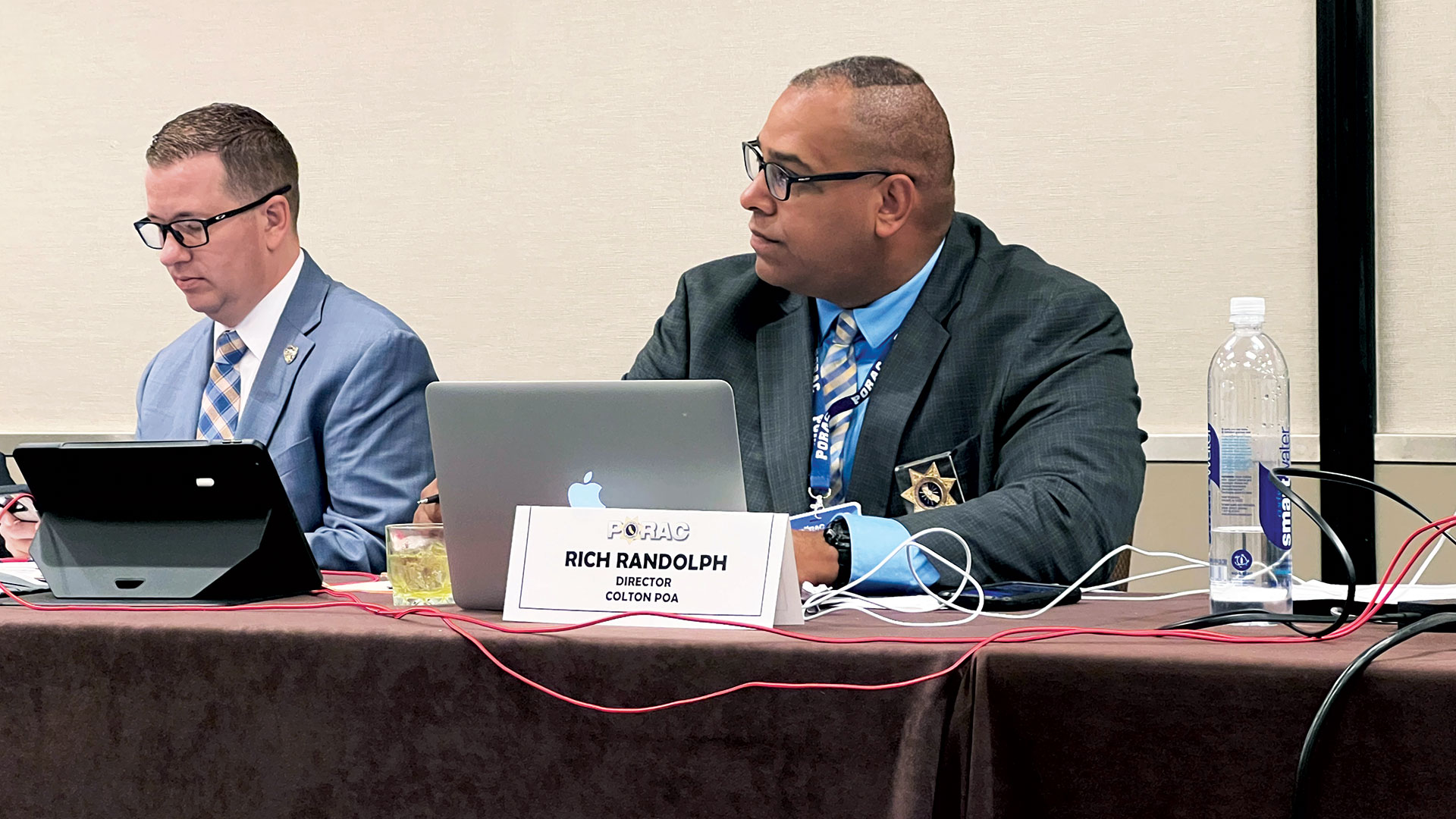 For years, Rich Randolph has been passionate about representing those without a voice and fighting for the rights of associations and officers. But this desire didn’t happen overnight.

Randolph has put in countless hours studying and educating himself to ensure he has the foundation needed to represent law enforcement at the highest level. When he joined PORAC over 15 years ago as a member of the Colton Police Officers Association, it was only a matter of time until he took on a leadership role.

“At the time I joined PORAC, I was conducting studies and learning what went wrong with departments that were no longer in operation and disincorporated,” Randolph says. “That was always a rare interest of mine. I met with Compton POA, Maywood POA and other departments when that trend was very common. We can learn so much from that — I have battled and rallied troops at times when the department I was working for was facing a takeover. When you have walked cops out due to layoffs and seen votes of no confidence and association embezzlements, you learn, become wiser and more appreciative.”

Randolph took these important lessons to heart in his role as the Inland Chapter president. “As a PORAC Board member and chapter president, my role is to unite, educate and build bridges,” he says. “Not only among my chapter and their officers, but with elected officials and other chapters — all while carrying the PORAC flag.”

Starting as the chapter’s secretary before transitioning to vice president and now president, Randolph leads a united Inland Chapter that has withstood “loss, critical incidents, city bankruptcies and so much more,” he says. “Our chapter meetings are heavily attended — no matter if you’re an association member, panel attorney or a PORAC vendor, you are at the table and a part of the conversation. Additionally, we have a great text alert system that helps get critical information out to all associations in real time.”

Randolph also believes that educating and mentoring the next generation of officers is more important than ever as those coming into the profession face an onslaught of new obstacles. “Our members are getting younger and are faced with far more scrutiny than we had 15 years ago,” he says. “With legislation that is changing and adding laws that directly affect our members, I feel many members don’t know what association leaders and PORAC Board members do at their meetings and in Sacramento. It’s our job to educate, share and invite them.”

With a law enforcement career spanning nearly three decades, Randolph’s résumé on the force is just as impressive as his background on the PORAC Board. “I’m assigned to the SRO program and was recently promoted to corporal on Christmas Day,” he shares. “I have been with the Colton Police Department for over 15 years, and I previously served with the Santa Paula Police Department in Ventura County for 10 years as a reserve police officer, SRO and dispatcher. I started my career off with the Oxnard Police Department as a traffic cadet and have over 26 years of service.”

If there’s one piece of advice Randolph could share with the future leaders of PORAC, it’s to get involved and share the benefits of PORAC with others.

“Attend a meeting with your PORAC chapter and know who and what to vote for and share that with your family and friends,” Randolph says. “California is a trendsetter for law enforcement, and our political leaders at all levels are constantly coming up with new bills and laws that hurt the public and are not in favor of what we have been trained to do. PORAC helps maintain that bridge and brings all the stakeholders together.”