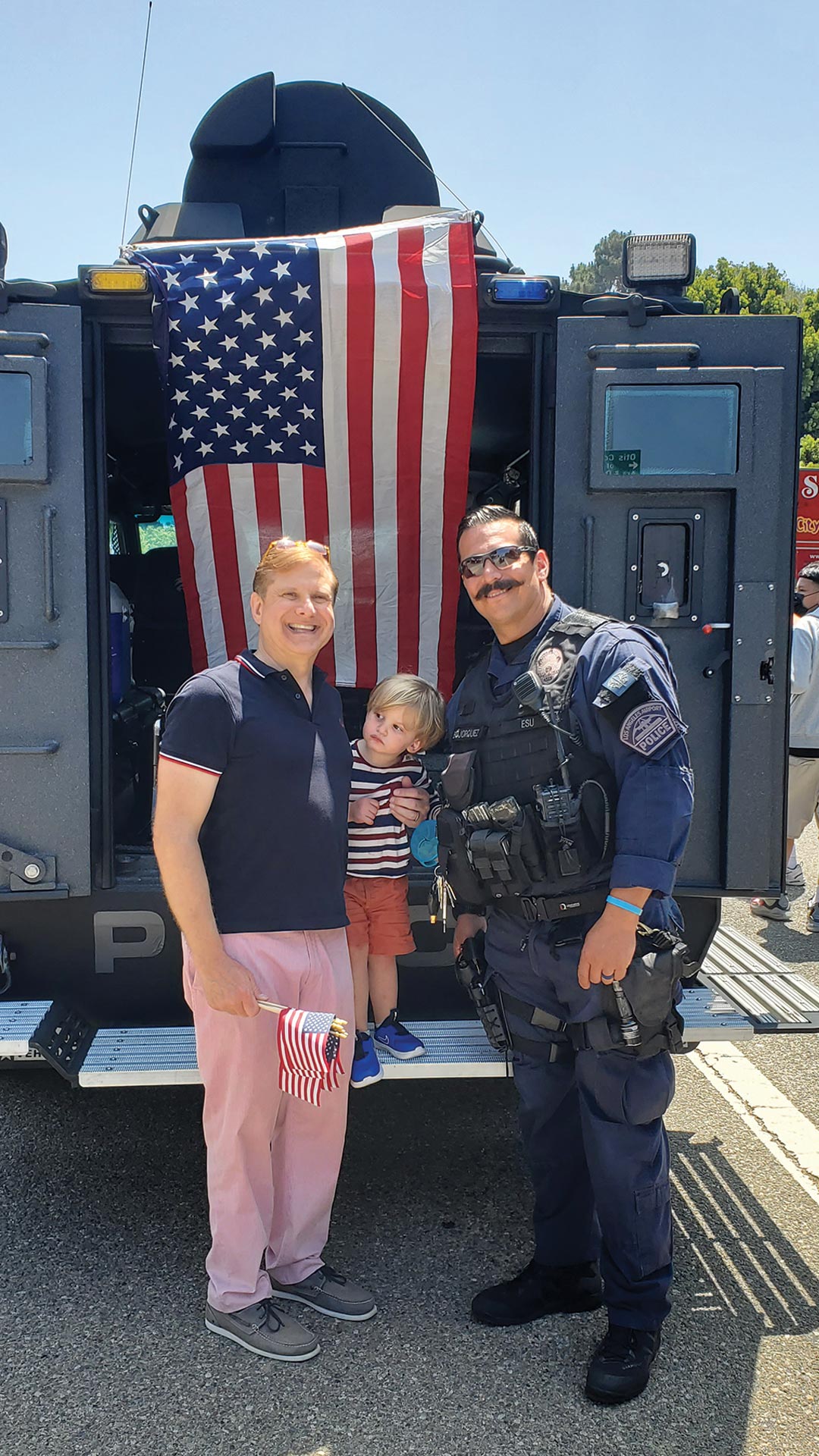 Want to learn more about the people who guide PORAC’s trusts? In this series of profiles, we focus on the dedicated trustees who strive to put the needs of our members first by providing the best benefits possible.

With new anti-law-enforcement legislation being constantly proposed or passed in today’s political climate, it’s no surprise that officers are finding it harder than ever to do their jobs safely and effectively. That’s where the PORAC Legal Defense Fund (LDF) and Region III Trustee Rodolfo Bojorquez come in.

Bojorquez and his fellow trustees are active working police officers “who voluntarily serve, along with the administrative office, to provide the highest-quality benefits as the nation’s oldest, largest and most respected public safety legal plan,” Bojorquez says.

Some of those benefits include providing legal services for public safety personnel, whether they’ve been the target of a civil or criminal action or were involved in a critical incident. “The LDF has members’ best interests in mind when it comes to top legal defense and financial solvency,” he says. “It’s a trust we can all count on in our time of need.”

Bojorquez, who joined PORAC in 2004 because he “wanted legal protection as well as the many benefits PORAC provides for its members,” took his involvement to the next level when he joined the LDF Board of Trustees last year.

“As the Los Angeles Airport Peace Officers’ Association vice president, I started attending the PORAC Region III chapter meetings, and during one of the meetings, the previous Region III trustee was retiring,” Bojorquez says. “I saw this as an opportunity to represent the region and get involved with the Legal Defense Fund. First, I wanted to make sure I educated myself on the PORAC LDF procedures, and second, I wanted to bring this information back to my region.”

As a trustee, some of Bojorquez’s main roles include making sure members are always informed and working with fellow trustees to ensure the best law firms are representing them. “My responsibilities include making sure my region is updated on LDF policies, procedures, member coverage and the financial success of the fund,” he shares. “My focus is also on working with the other trustees to ensure the law firms on the panel are the highest-quality law firms representing and defending cops.”

Because of the amount of traveling the job requires, Bojorquez says one of his main focuses is on time management. “Travel can happen at a moment’s notice, and because of the amount of traveling I do, connecting flights become important,” he says. “I remember I planned a connecting flight with a 30-minute window, but with how unreliable airline times are, I’ve had to run to make a connection. You can call it a lesson learned. In the future, I will give myself more time since 30 minutes is not enough.”

Along those lines, Bojorquez says that a successful trustee is someone who is flexible. “Times change, flights get delayed and meetings are canceled or scheduled at a moment’s notice,” he says.

While it may still be early in Bojorquez’s tenure as an LDF trustee, he has plenty of big aspirations. “In the future, I would like to connect with as many members in my region as possible to listen, educate and stay up to date with all issues brought up to the trustees,” he says. “I want to represent my region well and have all members feel as though I am their voice on the Trust.”

For as long as he remains in his role, Bojorquez is committed to keeping an open line of communication with members and doing all he can to protect those who bravely protect our communities. “My favorite part about being a trustee is the working relationships with my region members and the law firms that represent them,” he says. “Each conversation is centered around how we can do better for the membership. That kind of dedication and passion gives me chills.”