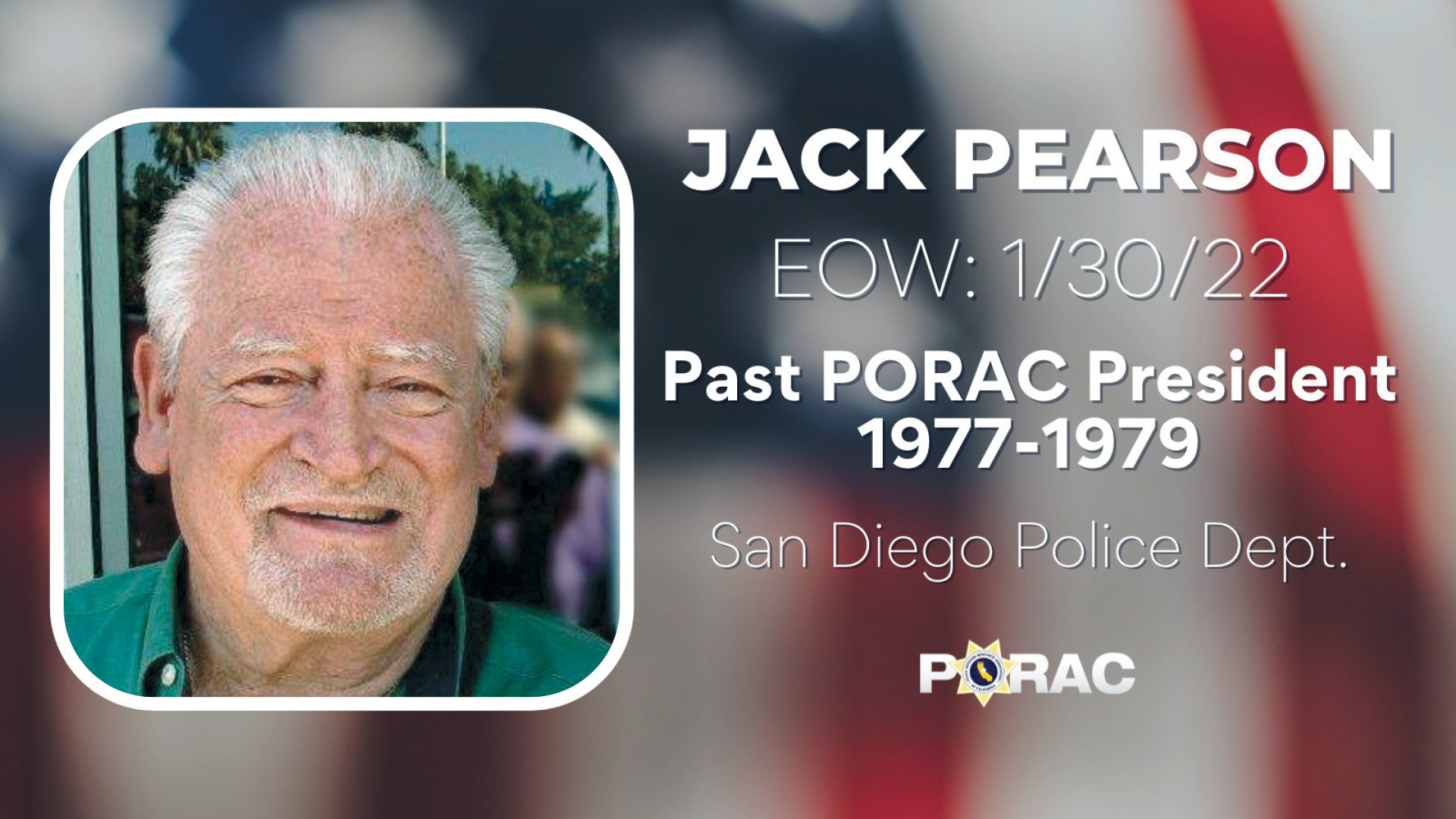 On January 30, PORAC was saddened to learn of the passing of Jack Pearson, who served as PORAC president from 1977 to 1979 and was described by many as a bright, aggressive officer and strong leader.

Having earned the trust and respect of his fellow PORAC members, Pearson was unanimously elected president at the 25th Annual Conference of Members on November 1, 1977. Before the dust had even settled, Pearson immediately went to work, representing PORAC at a dozen meetings and legislative hearings.

Before the dust had even settled, Pearson immediately went to work, representing PORAC at a dozen meetings and legislative hearings.

One of Pearson’s first obligations as president was attending the legislative interim hearings on the use of deadly force, where he presented testimony on PORAC’s position. The hearings included a lot of testimony unfavorable to law enforcement, with many of those testifying calling for strict criminal sanctions against police officers and legislation to restrict several areas of police discretion. Pearson spoke up at the hearings, advocating for increased screening of police applicants, additional tests and a more regulatory role for POST.

Throughout his time as president — as well as before and after his tenure — Pearson was committed to enhancing the professional standing of California law enforcement and strengthening PORAC as a whole. Before becoming president, Pearson served on the CPOA Liaison Committee, By-Laws Committee and POST Advisory Committee. He was also one of the longest-serving presidents of the San Diego Police Officers Association, holding the position from 1974 to 1981. In his role, he was instrumental in gaining premium time-and-a-half pay for officers working overtime.

PORAC sends its condolences to Pearson’s friends and family and thanks him for his service, not only to PORAC but also to his community.