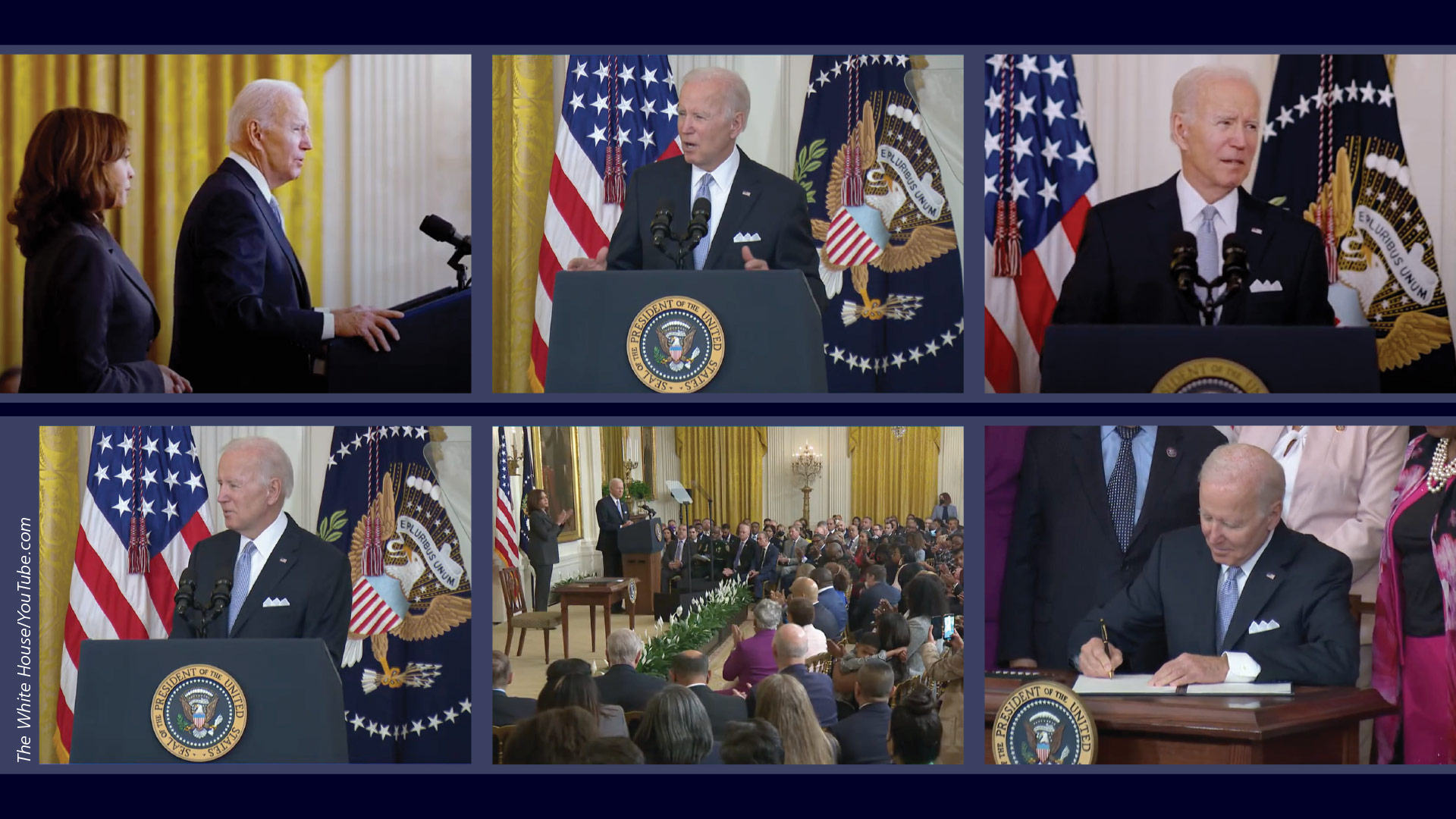 The use-of-force standards set forth in the DOJ policy largely follow the lead of California, adopting a necessary standard (consistent with Graham v. Connor [1989] 490 U.S. 386).2 Under the federal policy, force may be used “only when no reasonably effective, safe, and feasible alternative appears to exist…” Like the California law — SB 230, sponsored by law enforcement — the DOJ policy also mandates the de-escalation, intervention and medical aid policies set forth in California Penal Code section 13519.10.3

California struck the proper balance in permitting deadly force only to prevent the escape of suspects posing a serious threat to cause death or serious bodily harm if the suspect’s apprehension is delayed. California’s policy recognizes that in limited circumstances officers might have to use deadly force to prevent the escape of a terrorist or mass shooter likely to kill or injure other members of the public if allowed to escape. Hopefully the executive order and DOJ policy will retain this important public safety measure.

Finally, the DOJ policy expressly prohibits federal law enforcement officers from discharging firearms at moving vehicles “unless a person in the vehicle is threatening the officer or another person with deadly force by means other than a vehicle” or the vehicle is being operated in a way that threatens serious bodily injury or death to the officer or others, and “no other objectively reasonable means of defense appears to exist, which includes moving out of the path of the vehicle.”

The executive order bans the use of chokeholds and carotid restraints “except where the use of deadly force is authorized by law” in accordance with a U.S. Department of Justice policy issued on September 13, 2021. According to that policy, “authorized by law” means “the officer has a reasonable belief that the subject of such force poses an imminent danger of death or serious physical injury to the officer or to another person.”

California law appears more restrictive than the executive order with respect to chokeholds and carotid restraints. California Government Code section 7286.5 (AB 1196) prevents law enforcement agencies from authorizing the use of a carotid restraint or chokehold by any peace officer employed by that agency without any express recognition of situations where the use of deadly force is authorized by law.6

The executive order mandates all federal law enforcement agencies to use body-worn cameras and publicly post body-worn camera policies that mandate activation of cameras during actions involving arrests and searches. The policies adopted by federal agencies must also be consistent with the minimum requirements identified in the U.S. Department of Justice policy memorandum dated June 7, 2021.

While not yet expressing an opinion, the executive order calls for a study regarding whether or not law enforcement officers should be allowed to review body-worn camera footage prior to giving statements concerning the use of force. The ultimate recommendation bears watching, as it may impact collective bargaining over pre-statement video access.

The U.S. DOJ policy recognizes that there may be rare circumstances when a no-knock entry is justified by reasons other than physical safety. If an exception is sought when there is no imminent threat of physical safety, the federal law enforcement officer is required to obtain prior approval from the head of their agency and the U.S. attorney or relevant assistant attorney general before seeking judicial authorization for a no-knock warrant.

Federal law enforcement agencies must review their existing policies and procedures for investigating the use of deadly force and deaths in custody to ensure the preservation of evidence as well as timely and thorough investigations of such incidents. The executive order requires federal agencies to make appropriate changes to their policies and procedures to ensure the integrity and effectiveness of the investigations. Notably, the executive order recognizes the obligation of federal law enforcement agencies to comply with applicable collective bargaining requirements in regard to such changes.

The executive order also requires federal law enforcement agencies to modify existing disciplinary policies and procedures that may cause unwarranted delay or inconsistent application of discipline for incidents involving the use of deadly force or deaths in custody. Again, applicable collective bargaining obligations must be followed with respect to such changes.

The executive order requires the United States attorney general to establish a National Law Enforcement Accountability Database of records of officer misconduct (including convictions, terminations, de-certifications, civil judgments, resignations and retirements while under investigation for serious misconduct, and sustained complaints or records of disciplinary actions for serious misconduct), as well as commendations and awards. Similar information collected in California pursuant to SB 1421, SB 16 and SB 2 will almost certainly be reported to this national database.