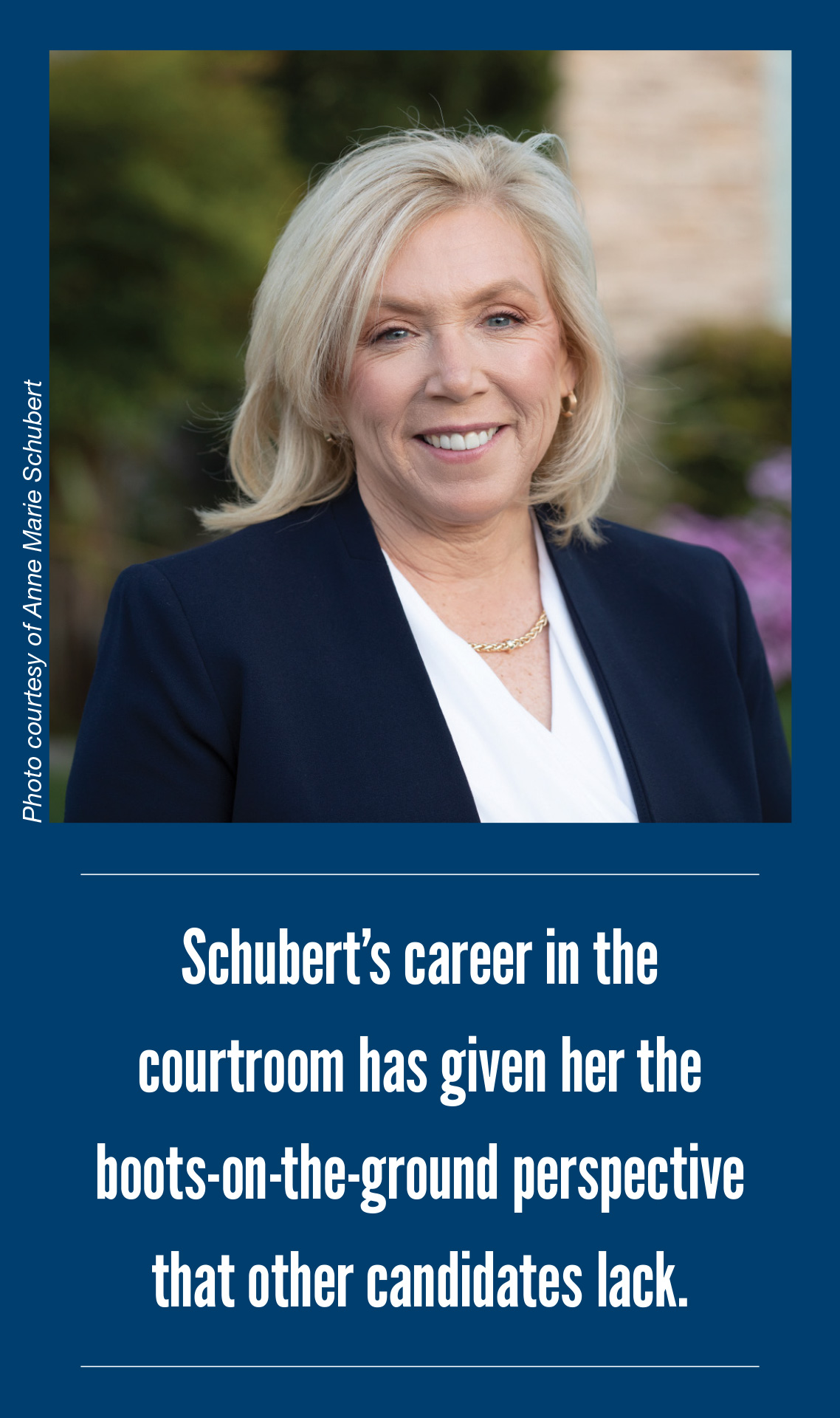 Having determined that Sacramento District Attorney Anne Marie Schubert is the candidate with the experience and vision to help chart the right path forward for public safety, PORAC has endorsed her for California attorney general ahead of the primary election scheduled for June 7.

In a press conference held on March 1 to announce the endorsement in conjunction with the California Association of Highway Patrolmen (CAHP), President Brian Marvel explained that PORAC’s support is a direct reflection of Schubert’s immense experience as a prosecutor and attorney, as well as the substantial outreach she has conducted as part of her campaign to support communities struggling with crime and public safety issues throughout the state.

Schubert is running to replace current Attorney General Rob Bonta, a political appointee made by Governor Gavin Newsom following the resignation of Xavier Becerra, who was tapped to become the U.S. secretary of health and human services for the Biden administration. Schubert has more than three decades of experience working with law enforcement and is known internationally for putting some of the state’s most notorious and violent criminals behind bars. During her career, she has illustrated her willingness to work with all parties — including law enforcement — to improve public safety outcomes and ensure that law enforcement agencies have the resources they need to keep California communities safe.

In his speech, President Marvel highlighted that California, like many states throughout the nation, is feeling the acute impacts of underinvestment in law enforcement. The massive spike in violent crime and retail theft we are now experiencing has politicians reversing course, but the state needs someone with the drive and know-how to meet the moment head-on, who is consistent in advocating for victims of crime, protecting our communities and collaboratively working with law enforcement to hold criminals accountable. He pointed out that Schubert’s career in the courtroom has given her the boots-on-the-ground perspective that other candidates lack, and she understands the nuances and complexities of working within our state’s criminal justice system.

“Anne Marie doesn’t just talk about the importance of public safety when it is politically advantageous to do so; she has made it her mission,” Marvel said. “As our next attorney general, she will follow the law, not the politics. Law enforcement doesn’t operate in a vacuum — we operate within the conditions set by and at the behest of our elected officials. As peace officers, we are dedicated to addressing the rising crime rate being felt throughout the state right now and ensuring victims have a voice in our judicial system, and we need an attorney general who is committed to doing the same. That person is Anne Marie Schubert.”

“I am honored to receive the endorsement of two of the leading statewide law enforcement organizations in California, who collectively represent the voices of over 90,000 officers throughout the state,” Schubert said. “To address the devastating impacts of rising crime, the fentanyl epidemic and illegal guns on our streets, we need coordination and collaboration with law enforcement. I appreciate PORAC and CAHP for recognizing my commitment to work alongside them to bring order back to our communities and end the chaos of escalating crime and the tragedy of open drug markets that are ravaging the homeless. These are the partners I need to return accountability to our society as California’s next attorney general.”

Watch a full video of the press conference on Facebook at tinyurl.com/2xbu3drx.