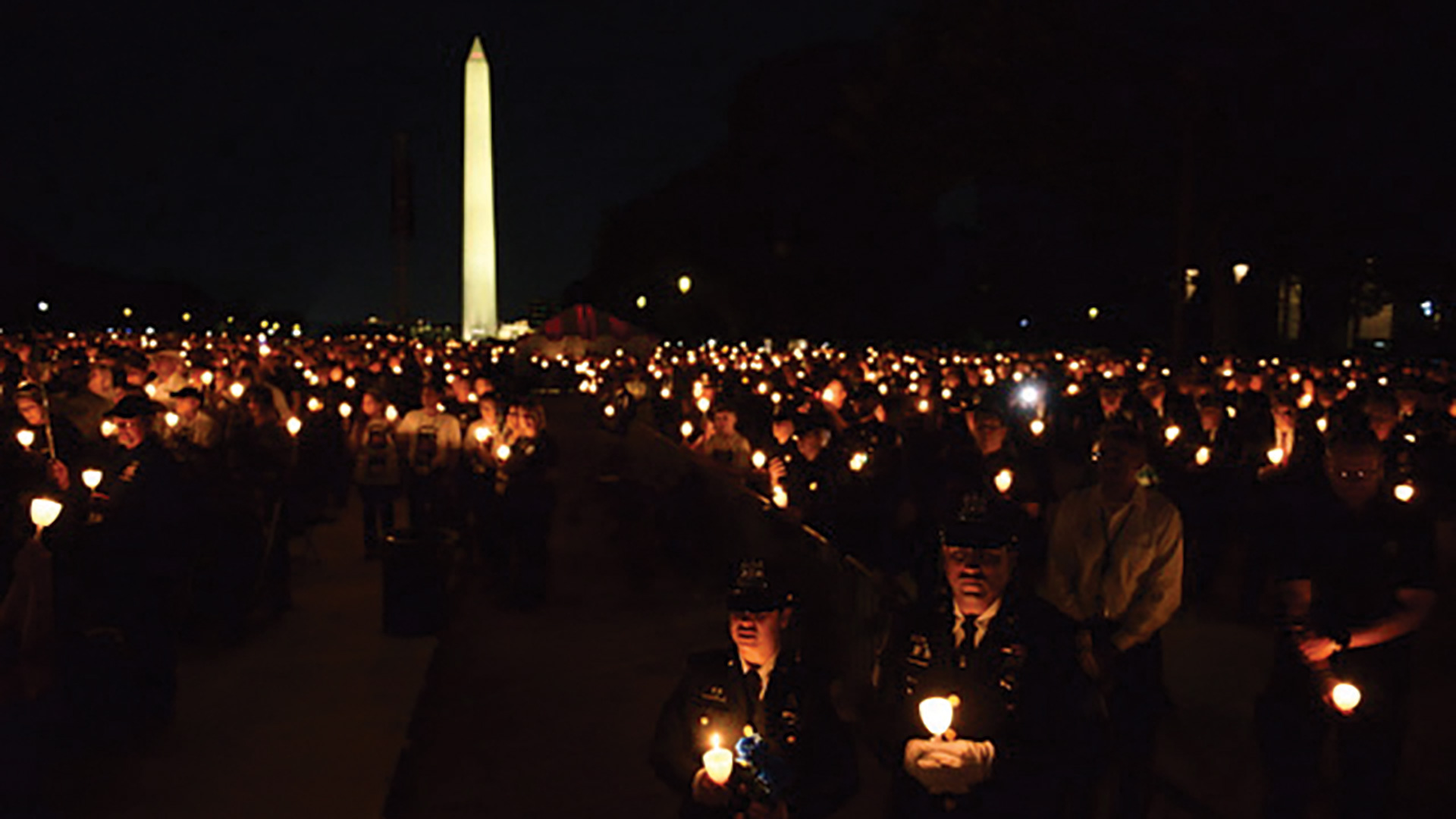 Thousands of law enforcement officers, family members and supporters from across the country traveled to Washington, D.C., to honor the fallen during National Police Weekend, held October 13–17. The weekend was filled with numerous observances that commemorated the peace officers who made the ultimate sacrifice in 2019 and 2020. Events such as the candlelight vigil, Police Unity Tour and National Peace Officers’ Memorial Service were finally held in person after two postponed National Police Week gatherings in May 2020 and 2021 due to the pandemic. Here, we highlight two key events that took place during the weekend.

At the 33rd Annual Candlelight Vigil on October 14, hosted by the National Law Enforcement Officers Memorial Fund (NLEOMF), all 701 officers’ names were read by high-ranking government officials and leaders from local, state and federal law enforcement agencies. Among those who spoke at the vigil were Homeland Security Secretary Alejandro Mayorkas and Attorney General Merrick Garland. The vigil took place on the National Mall and was livestreamed for those unable to attend in person; to watch the video, visit tinyurl.com/3t3ufcf9.

On October 16, the National Fraternal Order of Police and the National Fraternal Order of Police Auxiliary hosted the 40th Annual National Peace Officers’ Memorial Service on the west front lawn of the U.S. Capitol. The service featured moving tributes from various speakers and performers, and family members of the fallen were able to place a flower in the memorial wreath as their loved ones’ names were read.

Among those who offered remarks at the service was President Joe Biden. In his address, Biden praised the U.S. Capitol Police and Washington, D.C., Metropolitan police officers who defended the Capitol during the riots on January 6, noted the unprecedented challenges facing law enforcement officers today, vowed to continue working on police reform and more. Following the service, a wreath-laying ceremony took place at the National Law Enforcement Officers Memorial.