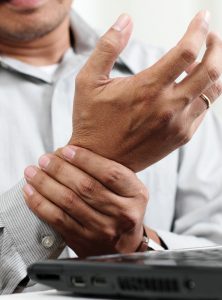 In California workers’ compensation law, the employer is only liable to pay permanent disability (PD) benefits for what is directly caused by the industrial injury. With Senate Bill (SB) 899 signed by Governor Arnold Schwarzenegger in 2004, and case law developing from it, employers have a broader ability to limit their liability to pay permanent disability by pointing to various non-industrial factors, such as pre-existing conditions. These other factors are commonly referred to in the law as “non-industrial apportionment.”

On June 24, 2017, the California Second District Court of Appeal issued a binding published decision, Hikida v. WCAB, that further defines the rule of apportionment. The court ruled that an employer required to provide medical treatment to an injured worker is 100% responsible for any permanent disability caused by such medical treatment (i.e., surgery). The PD cannot be apportioned to non-industrial factors that may have existed as to the underlying, original injury.

Ms. Hikida sustained a work-related carpal tunnel syndrome injury to her arm. She underwent a carpal tunnel release surgery, but her recovery went poorly. She was later diagnosed with chronic complex regional pain syndrome stemming from the surgery, and never returned to work. The evaluating doctors found that a portion of her original carpal tunnel injury was apportioned to non-industrial factors. However, they found that her inability to work and her finding of permanent total disability was completely due to the complex regional pain syndrome condition, rather than the carpal tunnel.

The California Court of Appeal reversed the workers’ compensation judge’s decision finding of less than 100% PD. Rather than limiting PD based on apportionment to non-industrial factors related to the original carpal tunnel syndrome injury, the court awarded Ms. Hikida 100% permanent total disability, since her inability to work was a direct result of the unsuccessful medical intervention and resulting complex regional pain syndrome diagnosis. The court said, “It has long been the rule that the aggravation of an industrial injury or the infliction of a new injury resulting from this [medical] treatment … is compensable.”

Over the last 12 years or so after SB 899 passed, it was argued that disability stemming directly from industrial medical treatment should still be apportioned based on the underlying, original injury. If that argument won on this case, Ms. Hikida would not have been awarded 100% permanent total disability despite her serious medical conditions and inability to work. The court has now clarified this issue in the case of Hikida. Workers’ compensation judges throughout the state must follow this new case law. This is an important victory for injured workers.

Adam D. Dombchik, Esq., is a co-managing partner in the law firm of Gordon, Edelstein, Krepack, Grant, Felton & Goldstein, LLP. He is a certified specialist in workers’ compensation law and a strong advocate for the rights of injured workers in the public and private sectors.