As we head into the new year, it is important to remember that PORAC will continue to be on the forefront of all matters of public safety. The current political and social climate has law enforcement playing defense on legislative issues; however, it is critical we work with policymakers and stakeholders to share our message, introduce sponsored legislation and work to reach common ground. This year, we are continuing our efforts on the critical use-of-force issue that was presented last year in Assembly Bill 931 (which was successfully defeated). PORAC, along with Aaron Read & Associates (ARA), is currently attending use-of-force meetings hosted by the Senate leader Toni Atkins, along with the California Police Chiefs, some stakeholders and other legislative members. In addition, PORAC is dealing with issues our members face every day on the streets. Specifically, PORAC is discussing possible reforms to behavioral health (i.e. 5150 reform), homelessness and its effect on law enforcement, drug abuse and gang violence. All work in these areas would be part of the state budget written by the governor and approved by the Legislature. We will keep you informed of all of PORAC’s priorities as we begin the first year of a two-year session.

A new Legislature is in place. On December 3, all 80 Assemblymembers and 40 senators were sworn into office by Attorney General Xavier Becerra and California Supreme Court Chief Justice Tani Cantil-Sakauye. Both the Assembly and the Senate voted to keep the previous leader of each house; Assembly Speaker Anthony Rendon and Senate Pro Tem Toni Atkins. Of the 120 legislators sworn into office, 13 are joining the Legislature for the first time; eight in the Assembly and five in the Senate. In addition, there are four former assemblymembers who were elected to the Senate, one of whom just left the Assembly and three who have been on the bench for a while.

With the Democrats having a supermajority in both the Assembly and Senate, law enforcement will have challenges ahead, but PORAC continues to work with members of each house to inform and educate them on important matters of public safety.

In addition to the swearing-in on December 3, 176 bills were also introduced that first day. All new bills must sit for 30 days before they are heard in committee when the Legislature returns January 7.

Over the next few months, ARA will provide a brief introduction to some of our newest freshman legislators. Below are three freshman senators who have taken their seats as California leaders: 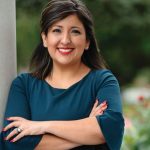 Melissa Hurtado grew up in the San Joaquin Valley. As the daughter of immigrant parents and the first in her family to graduate from college, Hurtado knows firsthand what it means to achieve the American dream. As a healthcare advocate, Hurtado works to protect Medicare, Medi-Cal and health insurance for children through Children’s Health Insurance Program (CHIP). She will continue to champion access to healthcare, including universal healthcare coverage for everyone.

In Hurtado’s work for the Fresno Teachers Association, she helped ensure that teachers had the resources to provide children with the best education possible. As a councilmember, she supported the Clean Dream Act to protect DACA students and provide pathways to citizenship.

As a community organizer for public employees, Hurtado helped lead the fight for good wages, healthcare coverage and retirement security. On the Sanger City Council, she saved and created high-wage jobs, balanced the budget and built a reserve, all without raising taxes. Hurtado will work to bring new businesses and industry to the Valley and diversify the local economy. 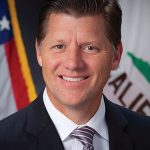 With deep roots in the district, Brian Jones is eager to continue the tradition of bringing conservative leadership to the 38th Senate District. Since he was first elected to office in 2002, Jones has worked for common-sense policies to reduce the size of government, protect constitutional rights and bring reform to Sacramento.

Frustrated by Sacramento’s red tape, bureaucracy and endless meddling in local issues, Jones decided to run for State Assembly. He was elected in November 2010.

Jones brought his conservative vision to Sacramento, where he served as a critical voice for reforming state government, lowering taxes, reducing the influence of labor unions and improving California’s business climate. 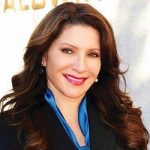 Susan Rubio was born in Juarez, Mexico, and is the daughter of immigrant parents. Rubio’s upbringing and personal family experiences taught her the importance of hard work and determination.

Rubio is the product of public schools. She worked as a bookkeeper doing payroll and taxes for a private company while putting herself through college. She attended Azusa Pacific University, where she earned a master’s degree in education and multiple subject teaching credential. After graduating, she began her 17-year teaching career and was most recently a fourth-grade teacher with the Monrovia Unified School District.

Rubio was elected to represent the City of Baldwin Park as the city clerk, where she focused on providing transparency and protecting democracy for residents. In 2009, Rubio was entrusted to be the next councilmember, where she helped balance the city budget during the recession and protected vital programs. Rubio also has a long record of volunteerism and partnership with local nonprofits, providing mentorships and college scholarships for local students.

It’s important for our PORAC members to be familiar with the senators and assemblymembers who represent their district. The relationship between law enforcement and our policymakers is becoming increasingly important and every contact made with our state leaders benefits the good of us all. To learn who represents the district in which you live, please go to findyourrep.legislature.ca.gov.

On June 1, 1997, Aaron Read & Associates was given the great honor of becoming PORAC’s advocates. As the highly anticipated legislative session moves into full swing, we have never been more prepared or more excited to be a part of the PORAC team. No one can fully know or understand what the next two years will bring, but we do know that the invaluable leadership at PORAC, along with the combined experience of our team at Aaron Read & Associates, will continue to lead the way, ensuring the safety and security of law enforcement throughout all of California.