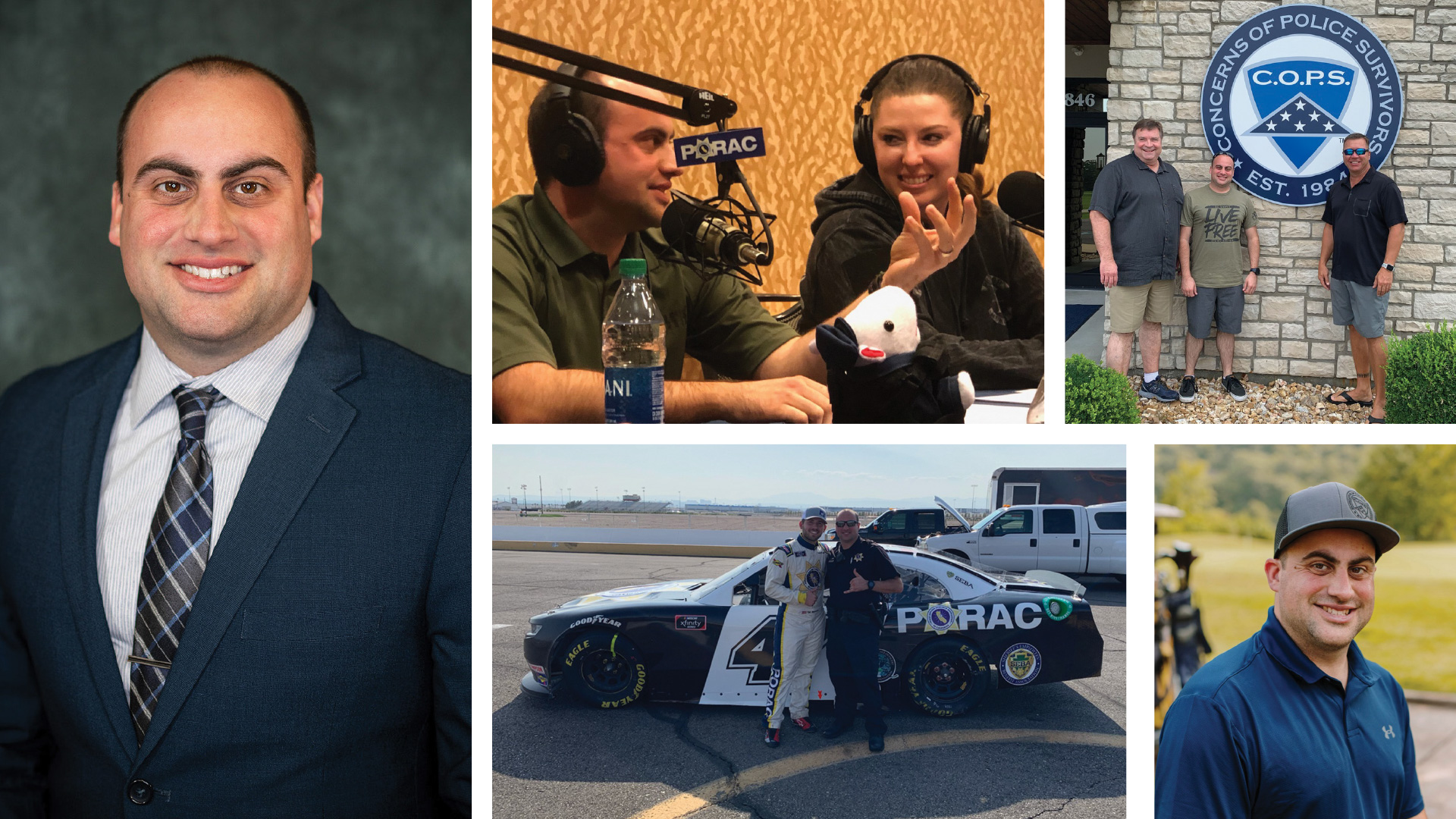 As a PORAC Board member, Eric Garcia ensures that his fellow San Diego deputy sheriffs are included in statewide and national discussions on issues affecting law enforcement. “Being able to be a voice for law enforcement officers who often feel their voice cannot be heard has always made me proud,” says Garcia, who has served as the director-at-large for the Deputy Sheriffs’ Association of San Diego (DSASD) for more than a year now.

Garcia, a deputy sheriff for the San Diego County Sheriff’s Department currently assigned as a detective for the Homicide Unit, became a PORAC member when he joined the DSASD right after graduating from the academy in July 2012. He began taking an active leadership role in PORAC in 2019, when he became a member of the Communication and Technology Committee. In 2021, Garcia was appointed to his current director role.

His priority as a director, he says, is to not only represent the interests of his association in Sacramento but also keep his members abreast of the most current information and resources shared by PORAC. “My goal as a director is to make sure PORAC members are cared for and represented in a climate where they seem to be targeted every day both physically and politically,” he adds. “I think having strong representation and leadership during these times is of the utmost importance, and being a director-at-large for PORAC allows me to be a part of the solution.”

That solution hinges on staying unified to navigate the obstacles that make working in law enforcement more difficult than ever, Garcia notes. “We have all faced challenges. What’s important is that we face these challenges together. Whether it be legislation aimed at hindering the effectiveness of our cops, the judgment of officers’ actions from those who have never been in the arena or the ‘soft on crime’ approach we are seeing become a disturbing trend, I believe we have to make our voices heard,” he says. “We have to continue forward and put the uniform on each and every day for those who support us and those who do not. And believe me, that is a challenge. We overcome these challenges by being a united voice that speaks for our members.”

One big way PORAC harnesses the power of its collective voice is in the legislative arena, where the Association helps to educate lawmakers on the realities of the profession and to provide an informed perspective on police reform legislation.

“PORAC was instrumental in working with the State Legislature on bills ranging from decertification (SB 2) to public records disclosures (SB 16), use of force (AB 26) and more,” he says. “I believe these bills, while certainly not perfect, would have been detrimental to public safety and to the profession of law enforcement if key changes were not made. I am proud knowing I was a part of the Board that navigated these issues and worked collaboratively with the Legislature to make those changes and make the bills the best we possibly could make them.”

Being involved in these major issues has taught Garcia invaluable lessons, the biggest being “having to listen to both sides of an issue and realizing that sometimes you’ll have to compromise on those issues,” he says. “As cops, we typically see things through a conservative lens. Having to reach across the aisle and work through issues with those I may not personally agree with to reach a best possible outcome for the members is important.”

Garcia says being front and center on these important conversations is among his favorite things about being on the Board. He also enjoys the connections he’s been able to make with other directors throughout the state. “Being able to work collaboratively with members of other agencies on the political front as well as making sure our members have the best representation possible has been rewarding,” he says.

Garcia says he’ll “keep grinding” in his role as director, and he can’t wait to keep working with his colleagues on the Board to accomplish the important work of PORAC.

For those who aspire to one day serve as a PORAC director, Garcia says it’s important to start getting involved with your local association now — attend meetings, read the minutes and pay attention to the major issues, he advises.

“We need individuals who are interested in seeing the bigger picture on the state and, at times, national levels and putting in the energy and focus to work for their association membership and the membership of PORAC as a whole,” he says, adding that being involved in any association is important because it brings a voice of unity and that the best way to be involved is to stay informed.