Friedrichs v. CTA and the Assault on Public Sector Unions in the Courts 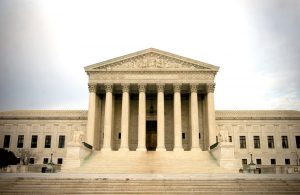 On March 29, 2016, the United States Supreme Court handed down a one-sentence decision in the most anticipated and important union-related case in decades, Friedrichs v. California Teachers Association. This article briefly describes what happened in that litigation and what was at stake.

Unions are legally obligated to represent all bargaining unit employees in negotiations and grievance proceedings, irrespective of whether or not those employees are full members of the union. Employees wishing to be nonmembers of the union are typically required by the labor agreement covering their employment to become “agency fee payers.” Agency fee provisions are negotiated between the union and the employer to ensure that all employees, including those opting out of membership, pay their fair share of the cost of negotiations and representation. Otherwise, unions would face a “free rider” problem where the union must represent all employees at the negotiating table and in handling grievances without getting any financial support from those nonmembers.

Agency fees are intended to only cover that portion of regular dues that support the union’s collective bargaining and contract administration expenses. The portion of the regular dues allocated to political or charitable activity may not be charged to an agency fee payer. Almost 40 years ago, the Supreme Court upheld the constitutionality of agency fee provisions negotiated by public sector unions.

Unfortunately, over the past few years, the conservative justices on the Supreme Court began to chip away at the legal underpinnings of agency fee provisions. In these cases, anti-union groups have argued that unions violate First Amendment free speech rights by charging dues from those who do not wish to become members, because the free speech doctrine guarantees not only the right to speak, but also the right to not speak. Recent Supreme Court decisions began accepting such challenges on the grounds that all activity of unions is inherently “political” and, therefore, forcing objecting employees to pay any dues constitutes “forced speech.”

Friedrichs was a direct challenge to the longstanding precedent upholding the constitutionality of agency fee arrangements in Abood v. Detroit Board of Education. Abood was a unanimous decision by the Supreme Court upholding the right of public sector unions to require payment of agency fees as a condition of employment.

In Friedrichs, a small group of teachers filed suit against the California Teachers Association. With the assistance of an anti-union think tank, these plaintiffs developed a legal challenge designed to undermine the financial viability of employee associations. They challenged the constitutionality of agency fee provisions, claiming that forced payment of dues to CTA violated their free speech rights. This argument relied on two premises: that money is speech and that everything public sector unions do (from negotiating collective bargaining agreements to actual lobbying) is political. Essentially, the plaintiffs alleged that being forced to pay any sum of money to support collective bargaining forces the employee to fund political activity to which they object.

The Friedrichs plaintiffs employed an unusual litigation strategy. They advanced an argument that was clearly contrary to Abood and established Supreme Court precedent. The plaintiffs filed their complaint in the district court and, without developing any factual record, immediately requested the court to rule against them and dismiss their case. The trial court obliged and held that the legality of agency fee provisions under California law was controlled by Abood. The plaintiffs quickly appealed this adverse decision to the Ninth Circuit Court of Appeals and again successfully requested the court to summarily rule in the defendant’s favor.

This approach allowed the Friedrichs plaintiffs to blaze their way to the Supreme Court in an almost unprecedented fashion. The plaintiffs clearly adopted this legal strategy to answer Justice Samuel Alito’s call for a re-examination of the constitutionality of agency fee provisions in his majority opinions in two recent decisions, Knox v. SEIU, Local 1000, and Harris v. Quinn. In each of these decisions, Justice Alito questioned the continuing validity of Abood, despite the fact that the constitutionality of agency fee provisions for public sector unions were not at issue in either case.

Given the current justices on the United States Supreme Court, unions and worker advocates were in the uneasy position of hanging their hopes for a favorable ruling on the notoriously pro-corporate Justice Antonin Scalia, the anticipated deciding vote in Friedrichs. Unfortunately, during the oral argument in Friedrichs, Justice Scalia unquestionably signaled that he was inclined to find that agency fee arrangements were unconstitutional. During the argument, Justice Scalia asked whether it was permissible to force an employee to contribute to a cause he does not believe in, and he also boldly asserted that everything that is collectively bargained with the government is, by definition, within the political sphere. Given his questions and comments during oral argument, it was quite apparent that there was little, if any, reason to rely upon Justice Scalia to uphold the constitutionality of agency fee provisions under Abood.

Most analysts were predicting that the Court would likely issue a 5-4 decision declaring agency fees unconstitutional and overturn four decades of established precedent. Such a ruling would have invalidated agency fee provisions in thousands of collectively bargained agreements, including those negotiated by law enforcement associations in California, effectively making the entire American public sector “right to work.” This would have severely reduced public sector unionization, undermined the financial viability of employee associations and diminished the rights and protections of all workers, both public and private.

The unexpected passing of Justice Antonin Scalia was the deus ex machina saving agency fee provisions. Shortly after his death, the Court issued a 4-4 ruling. This deadlock means that the Ninth Circuit’s decision rejecting the plaintiff’s constitutional argument was left standing, and agency fee arrangements survived. However, this decision is not precedential, and the constitutional question will not be settled until a ninth justice is appointed to the Supreme Court.

The plaintiffs in Friedrichs have an-nounced that they will seek a rehearing. However, a rehearing requires the votes of five justices, which seems unlikely in this case, as it would require the support of one of the four justices who voted against the plaintiffs. Even if the petition for a rehearing in Friedrichs is denied, the battle against public sector unions in the courts is not over. In the past several decades, there have been concerted efforts to undermine the political clout of unions by twisting the First Amendment doctrine from a shield of protection into a sword against organized labor. While public sector unions avoided a potentially devastating blow in Friedrichs, there are other cases raising similar arguments currently making their way through lower courts, and chances are that one of those cases will make its way to the Supreme Court in the next year or two.

Friedrichs and similar lawsuits are backed by anti-union special interest groups bent on destroying the ability of public sector unions to represent members and to promote the rights of workers. These groups advance creative legal arguments based on disingenuous positions and demand radical departures from established precedent which, unfortunately, appeal to some justices on the Supreme Court who are friendly to corporations and hostile to unions. The current vacancy on the Supreme Court presents an opportunity to return to a more balanced composition of justices who may appreciate the important role that collective bargaining plays in the promotion of labor peace and stability.