PORAC Symposium – Impact 2019 will take place at the Monterey Marriott on April 9-10. Find Out More…

“The Fight After The Fight, Three Rounds and Counting” An Officer’s Story of Survival Before, During, and After a Critical Incident 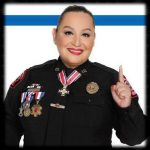 Officer Ann M. Carrizales, Meadows Place (TX) Police Department  Bio
The participants of this lecture will learn the value of mental preparedness PRIOR to a critical incident and ways to achieve this vital state of readiness /resilience. Additionally, attendees will learn to identify signs of post-traumatic stress and its effects on one’s physical/emotional wellness. Participants will discuss various methods of critical incident stress management and will be provided with the VITAL tools needed to win the fight after the fight, which is often the most difficult part of a critical incident. 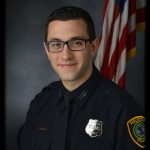 Joe Gamaldi, Houston Police Officers’ Association  Bio
In this class, HPOU President Joe Gamaldi will be discussing their recent campaign and court battle against the “Pay Parity” initiative brought by the Houston Professional Firefighters Union. Pay Parity appeared to be going the way of the dinosaur, but now is making a swift comeback as police salaries have begun to rise, due to the law enforcement staffing crisis that is plaguing this country. He will discuss the history of parity in Houston and the tactics used in the campaign and legal fight.

Peter Durfee & James Parrott, Chico Police Department
November 8, 2018, was the date of the deadliest fire in the history of this country. The Camp Fire, as it was later named, took the lives of 85 people and more than 40,000 others were displaced in a matter of hours.  This was a multi-agency response that affected hundreds if not thousands of first responders.  We will discuss the response, the first twelve hours, the first seven days, the first month, and the first six months, and how it affected not only the town of Paradise but also the effect it had on the surrounding cities and first responders.